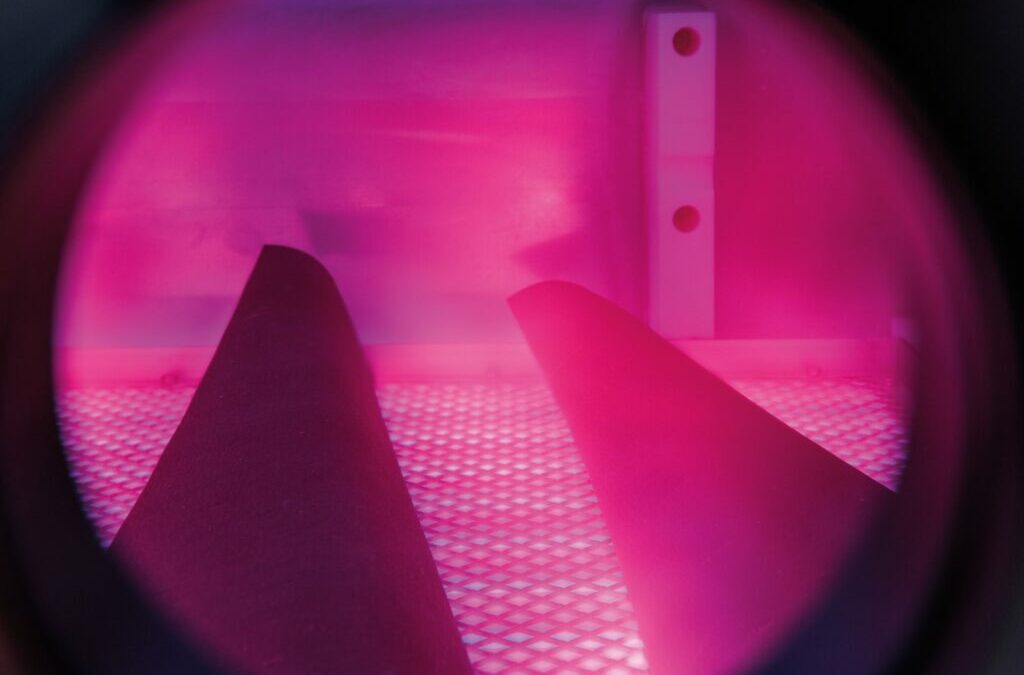 The results of plasma treatment of surfaces are present in your everyday life, even if you aren’t aware of it.

Just look at the keyboard on your computer – chances are, it has been through plasma treatment before the symbols and numbers were added to the keys.

This is because plasma treatment ensures better adhesion, making the numbers and symbols stick to the keys better and prevent them from being rubbed off during normal daily use.

It is not only the keyboard that has been through that treatment though. Your car keys have too, any place in your kitchen that has writing, like the oven and stove settings, maybe your water bottle or pen has a logo on it. Here, plasma treatment ensures not only enhanced adhesion, but also that the logo can be transferred in a way that makes it crisp and sharp compared to the background.

It is not only relevant for those daily things that, strictly, we could live with even if the added details were rubbed off. Adhesive strength becomes a lot more important when we talk about the markings on an artificial hip or the measurements on a medical syringe.

What is Vacuum Plasma Treatment?

Plasma is the fourth state of matter, the other three being solid, liquid and gas. This fourth state is less well-known, perhaps because it does not occur naturally on Earth as frequently as the other three states. Lightning and the northern and southern lights are examples of naturally occurring plasma, but aside from those, plasma is primarily found in space. 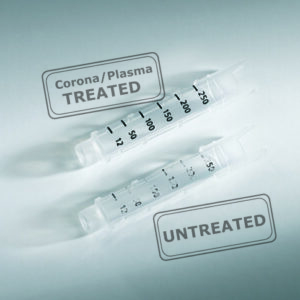 Plasma occurs when matter is heated beyond the gas state, causing the individual atoms to detach from the molecules entirely and instead float around without restraint. This requires a temperature of around 3,000 K (4,949 F), but newer technologies have made it possible to create plasma at much lower temperatures, during a controlled process and at an industrial scale, by using high voltage electric discharges.

In manufacturing, plasma treatment is a way to clean the surface of the treated part at a nano-level. This has previously been limited to the specific spot where the plasma discharge hit the part, but by placing the part in a vacuum chamber, it is now possible to treat even very large parts with an even and unvarying finish.

This means that where, for example, a car panel used to be difficult to treat because the discharge would not be able to reach all the nooks and crannies, today a vacuum plasma treatment setup, solves this problem.

Looking inside the vacuum chamber, you will find an electrode at the top and one at the bottom. Once the air has been removed from the chamber, a high voltage discharge is ignited, which creates a plasma plume between the two electrodes. The plume provides a very focused amount of energy, that will encapsulate the entire part. The part can remain stationary as the vacuum ensures the plasma plume covers everything, giving the part a 360° treatment.

Wettability is the ability of water to make contact with the surface of something. When wettability is low, the surface is hydrophobic. This means that water or similar liquids will gather in droplets, retaining as little surface contact as possible. However, if the surface has undergone plasma treatment, it will instead be hydrophilic, and the water will spread out to cover as much of the surface as possible.

This means that less liquid is needed to cover the surface. Within the previously mentioned medical equipment that also undergoes this treatment, tissue culture samples gain further benefit from the plasma treatment because the increased wettability also means improved and confluent growth of cells in them.

Because the treatment changes the surface at a nano level, the change will be visible under a high-power microscope, or when doing testing to test wettability via contact angle measurement or dying solution application. However, to the naked eye the part will look exactly as it did before the treatment.